At Ease Brewing Company (AEBC) offers a welcoming, unique, and relaxing atmosphere to enjoy a wide range of styles of delicious and refreshing craft beer.  Enjoy your beer in this family-friendly, pet-friendly setting with ample seating and air conditioning indoors, or venture out to the patio under shade canopies and ambient lighting. Equipped with bike racks, board games, snacks, food trucks, and an impressive selection of craft beer.

Cider House is Sacramento’s first cider taphouse and gluten-free eatery. We offer 20 rotating taps featuring amazing hard ciders from the Sacramento region and beyond, along with local beers and kombucha. In addition, we offer an eclectic selection of bottled ciders available both to drink on-site or take home. Our kitchen is 100% gluten-free and our menu features paninis, house-made hummus, and more, with brunch served on weekends.

Located in the space where Rubicon Brewing Co was born, Alaro Craft Brewing now brings a great new vibe, a beautiful but casual interior & outdoor patio area and a super friendly staff to this time-honored space in the heart of Midtown Sacramento. With a strong focus on well designed, well executed handcrafted beer and a farm to table menu featuring a diverse selection of creative entrees & small plates with a Spanish flair, this is a brewery gastropub unlike any other. In addition to amazing Beer & Food, Alaro features a well curated wine list, house made Sangrias, Fair Trade Sodas, Teas and Organic Soft Serve Ice Cream!

Big Stump Brewing Company is Midtown’s newest and most awesome 10 BBL production brewery – we are the first production brewery permitted on the Grid since 1987. Specializing in IPAs and Belgian style beers, the Stump offers an elevated selection of international styles. Situated in a 1930’s brick building with original finishes, the taproom combines old school Sacramento style with a modern industrial aesthetic. Plus, the beer rocks!

Sacramento’s first bar made from shipping containers! Staying true to authentic German Beer Gardens, all outdoors with long tables made for drinking with friends. Nice line up of 32 beers on draft and the selection is largely German, but a few local breweries typically represented. Standouts: the super refreshing Midtown favorite–Schöfferhofer Starburst beer and German pretzels with specialty mustard and cheese dipping sauce! 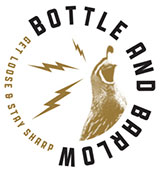 Bottle & Barlow prides itself on being approachable for anyone- the cocktail connoisseur or novice drinker. It has all the cool vibes and beers that one could ask for to make this one of your favorite stops. High quality mixed drinks in a rotating menu, as well as a nice beer and wine selection.

One of Midtown’s newest beer bars to the scene, Federalist has become known for Beer, Bocce, and Pizza. They have an open aired concept, and like Der Biergarten, are also made from shipping containers which is pretty cool. Not a full bar, so not for you if you’re looking for cocktails. They have 12 beers on draft, 6 of which are locals and 6 regional. Also, their Sangria is refreshing on a hot day, and the lemonade or kombucha is a great non-alcoholic option for anyone not drinking. Bocce ball on the side of the bar is a nice touch!

The Public House Downtown is a great venue for the sports and entertainment enthusiast who loves good beer and food. Their current offerings include 60 beers on tap and a large, American-inspired menu. The bar area includes 22 flat screens and two outdoor patios, which includes free Wi-Fi.

The design of the Iron Horse Tavern includes vintage touches such as the addition of reclaimed wood and hexagonal floor tile, and a bar with a black anodized steel facing and pounded copper top. There are blown glass light fixtures and a model locomotive perched beneath the antique tin ceiling, a comfortable fireplace, an outdoor patio with bench and table seating for food and drink, and free Wi-Fi.

A beautiful bar, with stained glass throughout this old Victorian house. It boasts a full bar, as well as a great draft beer list that guests can read through on the chalk board. You can order at the bar and bring your drink upstairs and sit on the second story balcony. The fries are always a quick tasty fix, but the grilled cheese sandwich is delicious if hankering for something more. Ready to drink and feeling lucky? Ask the bartender about “Beer roulette!” Only $3 for a can of beer that’s just blindly picked out of the ice bin.

Streets is a perfect stop if your looking for a laid-back English pub vibe. Equipped with a classic pub bar setup, Streets is furnished with 18 taps of delicious beer, a full bar, full kitchen, plus dart boards and beer pong for a little game action. Is the weather forecast looking perfect for your tour date? Take advantage of Streets awesome patio! Or make this your next Brew Bike stop for satisfying your British Fish & Chips cravings!

You won’t find a larger draft beer list in all of Sac! With a 100 beers on draft, UOB will be sure to have the type of craft beer your craving. This is truly a beer lovers paradise, but not for cocktail drinkers. They also have beer flights (four 5oz glasses) in case you can’t make up your mind and are looking to sample multiple types of beer. The action here is primarily inside with some TVs to accommodate the sport fans, and has a small outside patio.